Purdue On the Rise; Villanova Falls to Another Top 10 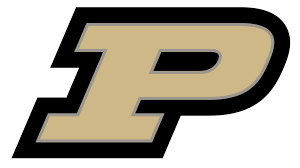 As the Purdue Boilermakers took on the Villanova Wildcats to improve to a perfect 5-0 on the season, the Wildcats (3-2) would find themselves yet again with a loss to another top ten opponent.

The Boilermakers and their 7”4 monster Zach Edney would beat Villanova 80-74 and Edney would dominate with 21 points, the most from any player on either team.

This would mark the second straight week Purdue would beat a ranked opponent and the second game for Edney with 20 points or more this season.

Villanova would lose for the second time this season and both losses came within 9 points or less and both to top-ten opponents.

With a huge matchup in the books, there is going to be a shakeup in the rankings, to what extent is yet to be seen.

Coming in at number five, the Wildcats are bound to move down and behind the Boilermakers, most likely making them a top five team.

Although still early, if Villanova wants any chance in the top five, they will need to bounce back from a tough loss and show the NCAA what they’re made of. While every game is important, a future statement game could be Baylor not too far down the road.

For head coach Matt Painter, a better start could not be asked for as Purdue rolls to an undefeated record to start the season.

In the five straight victories, the Boilermakers have outscored their opponents 457-344 with the first four games topping 90 points or more in each contest.

With players like Zach Edney (65 pts), Jaden Ivey (68 pts), and Trevion Williams (55 pts), Purdue has been bullying its opponents.

The Boilermakers have also outrebounded their opponents in 4 of their 5 games this year which in turn leads to more possessions and more opportunities to take shots.

In those 4 games, Purdue outrebounded their opponents with a whopping 140-102.

If Purdue can stay healthy and consistent, they are going to be a world of trouble for any opponent they face.

While still early, Purdue and its multitude of firepower look prime for a top-five season.

The next matchup for undefeated Purdue will be against the Omaha Mavericks on Nov. 26, who have struggled thus far.

For Villanova, they will face the La Salle Explorers on Nov. 28, in a game they look to bounce back in.