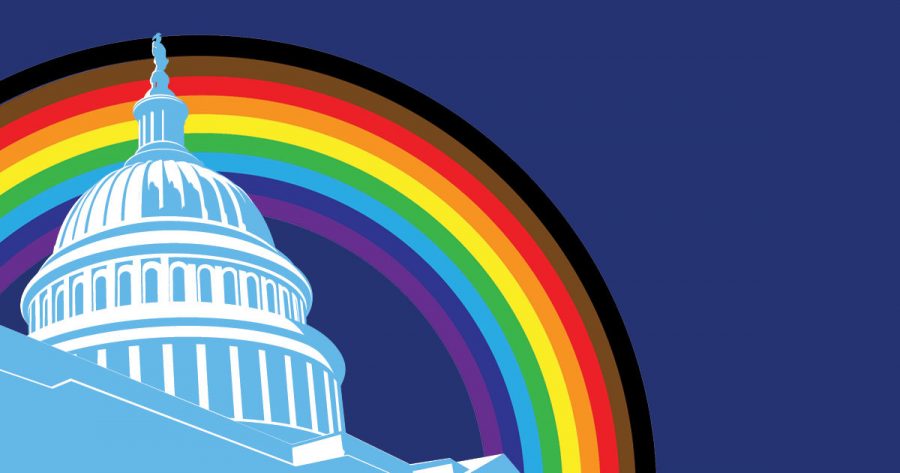 The Equality Act was passed through the House of Representatives, Thursday Feb. 25 with a 224-206 vote and will now go to the Senate.

All Democratic representatives and only three Republicans voted yes to implement the Equality Act and pass it on to the Senate before it can go into effect, according to NPR. The Act’s main focus is on ending the discrimination against the LGBTQ+ community. There have been many revisions of the Equality Act. This current one would give the protection against discriminating based upon one’s gender identity and sexual orientation, according to NPR.

If passed, the updated Equality Act would override the Religious Freedom Restoration Act (RFRA) in any case using the RFRA as a defense towards discrimination of someone apart of the LGBTQ+ community, according to NPR.

Those who support the Equality Act make it clear that passing it is an important step to a brighter future. It would broaden the spectrum of rights and protections that the 1964 Civil Rights Act does not necessarily cover. Making this a federal law would also protect anyone in the LGBTQ+ community from discrimination even in states that do not have laws in place that would, according to NPR.

Although it has supporters, there are many others that oppose passing the Act. The concern that they have is that it would infringe on people’s religious freedoms and potentially threaten businesses who do not accept LGBTQ+ customers based on the owner’s religious views, according to NPR.

It is unknown whether or not the Equality Act will pass through the Senate with the support it needs from both Republicans and Democrats.

To learn more about the Equality Act itself and the probability of it passing through the Senate check out NPR’s article: https://www.npr.org/2021/02/24/969591569/house-to-vote-on-equality-act-heres-what-the-law-would-do