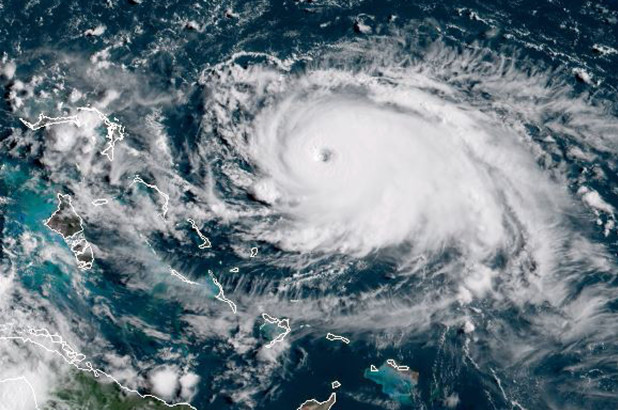 Climate change is a relevant topic and seems to pop up everywhere you look.

Most
people concerned about this topic and how it is affecting the future want to know one question
regarding the 2020 presidential election: “What is going to be done about it?”

Presidential candidates are paying attention to climate change now more than ever.
Almost every candidate has spoken on the topic. For those concerned about this, every
democratic candidate was asked six questions by Vox.com regarding their stance on climate
change. Listed below are the first five’s names and their responses to only one out of those six.

The first question asked was “A president has only 100 days or so in which to pass a few key
priorities. Where does climate change fall on your list of priorities when you step into office?”

Joe Biden: “[I] know there is no greater challenge facing our country and our world today than
climate change. [I have] been clear that the United States needs to raise our ambitions on an epic
scale, and lead the rest of the world to do the same. [I] would take immediate action on day one
of my Administration to meet this challenge and ensure the US achieves a 100 percent clean
energy economy and net-zero emissions no later than 2050. If we don’t get this right, nothing
else matters.”

Elizabeth Warren: “Climate change is a threat to the safety and health of Americans — and it
disproportionately impacts our most vulnerable communities and communities of color.
I will keep talking about plans to confront the crisis and a comprehensive, bold approach to
addressing climate change would be a top priority in my Administration. I’ve already made clear
that on my very first day as president, I will sign an executive order banning new fossil fuel
leases and drilling offshore. I’ve put forward several proposals to confront our climate crisis
head-on including my plan to make a $2 trillion investment over the next 10 years in green
research, manufacturing, and exporting. It will also spur the kind of worldwide adoption of
American-made clean energy technology needed to meet the international targets of the Green
New Deal.
And let’s be clear: Right now Washington works great for Big Oil but not for communities
across the country concerned about the climate crisis. We need to rein in the economic and
political power of giant corporations, their lobbyists, and the wealthy and well-connected. The
first thing I would do as President is pass my anti-corruption bill to end lobbying as we know it
and make our government and democracy work for everyone.”

Bernie Sanders: “[I] believe climate change is the single greatest threat facing us today.
According to top climate scientists, we must act immediately to dramatically cut our greenhouse
gas emissions, or we will suffer irrevocable environmental and economic damage. We are long
overdue for taking this threat seriously, due in large part to the hundreds of millions of dollars
spent by multinational fossil fuel corporations to protect their profits and inaction and even
denial from Republicans in Congress. [I] will do what it takes to avert climate disaster.
We have many crises facing our country, from health care to education to income inequality, and
Bernie believes we must be able to “walk and chew bubblegum” at the same time in combating
them. But climate change must be at the top of the list. We have a moral responsibility to leave
our kids a planet that is healthy and habitable. We cannot afford to wait any longer.”

Kamala Harris: “There is no greater threat to our species than climate change. Climate change
intersects with everything we do and so it has to be a top priority. Our window to stave off the
worst impacts of climate change is closing quickly. The first 100 days will be critical. I will
immediately rejoin the Paris climate agreement and undo the Trump administration’s executive
actions and rollbacks that have weakened our commitment to combating climate change.”

Peter Buttigieg: “The timeline on climate has been decided by science, and the right time to get
to net zero carbon emissions was yesterday. The next president can reverse the trajectory toward
climate ruin that we’re on today. That’s why I will take immediate action to tackle this challenge
head-on.”

The rest of the democratic candidates’ responses can be found by clicking the following link:
https://www.vox.com/2019/10/14/20880659/2020-democratic-debates-climate-change-six-questi
ons. If climate change is important to you, you’ll probably feel a little bit better reading these
responses from potential future presidents. I know I did.